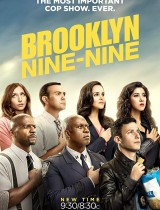 The show focuses on the daily routine of a number of New York police department detectives who investigate crimes trying to overcome many difficulties occurring on their way. The main characters are a young and successful detective who is smart but sometimes undisciplined, a gorgeous girl who is as much clever as the boy but not a loafer, and a policeman who keeps a culinary blog. Ray Holt is the new boss assigned to their precinct and now he faces a difficult task to organize this bunch of different employees and make them a great team.