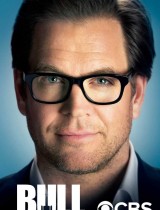 Dr Bull is a real professional who enjoys manipulating people most of all in his life. Many clients ask Bull to help them with winning trials by any means possible because he is the one who knows how to influence the minds of jury, witnesses and so on. His method includes taking part in the jury selection, simulating trials in his special laboratory and using the “mirror” juries – finding people similar to the members of the actual jury. Bull has a unique skill of building a lawsuit that corresponds with the plans of his clients. So, he tries to compel the jury to make the decision that is beneficial for his clients.