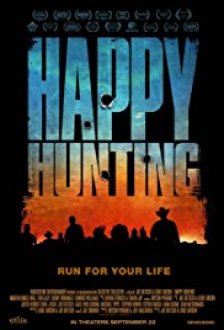 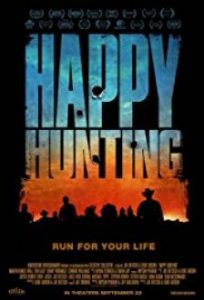 The hero of the movie “Happy Hunting” – Warren has never been a worthy member of society. He is almost a complete alcoholic and a drug addict. Unexpectedly, a man receives a letter from his former lover. A woman is at death in a distant Mexico. She informs Warren that they have a common daughter who will remain an orphan in a foreign country. The man never knew about the existence of this child, but still he still had human feelings. Warren decided to go to Mexico and sort things out. He has not enough money, so the man has to hitch-hike. On the way, he stops in the small town of Bedford. Previously, local people hunted buffalo around here. Then, due to dust storms, these animals disappeared. Only the passion for hunting among the townspeople remained. They found a substitute for buffalo. These are unhappy people-vagabonds, whom no one will seek. Warren is perfect for this role. The local sheriff Burnside also participates in this bloody safari. Now drunk Warren must survive in the desert, fighting off strong and healthy cowboys