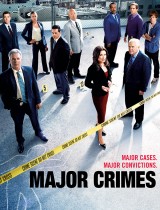 After Deputy Chief Brenda Leigh Johnson of the LAPD leaves the office of the Major Crimes Division, Captain Sharon Raydor now has the say in the department and many of her subordinates have to accept it. Unlike Johnson, Raydor wants to work more closely with her team and not take the laurels for themselves, but share them with the other detectives. Nevertheless, she must first earn trust and respect. The slightly older detectives from the Major Crimes Division find it difficult to take orders from someone much younger than them. Sharon finds her new job as the chef overwhelming but decides to work her way out and become the best captain the department to ever have had.