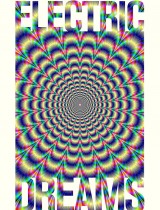 Good news for sci-fi and Philip K. Dick’s fans: this autumn Channel 4 releases an anthology series based on his short stories. Ten standalone episodes, ten complicated plots of a great master. People with telepathic powers, non-existent towns, shifting realities, dying planets, self-replicating machines, the lurking danger of nuclear war, clones and robots — do you want to hear more? While telling the stories about people trying to solve their personal problem, Philip Dick investigates a number of ethical and other issues that are important to a humankind as a whole.