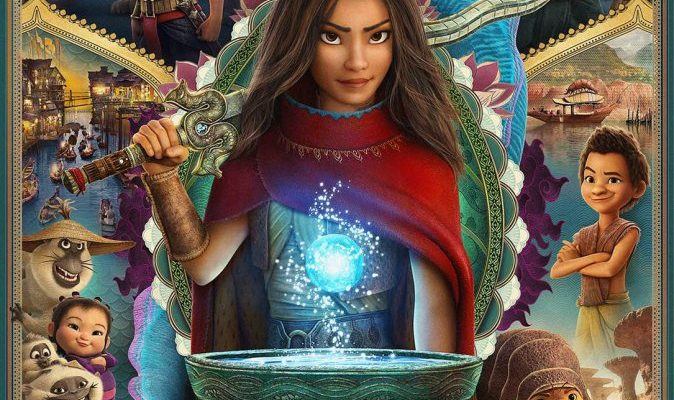 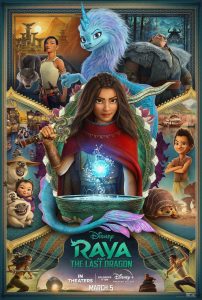 For a long time, dragons lived with people in the magic land of Kumandra. Peaceful life came to an end when the Druuns appeared. The spawn of darkness turned people and dragons into stone sculptures. Only the magic of the dragon Shisu was able to drive away evil creatures and disenchant people. However, the dragons were not affected by magic. Kumandra split into states. Raiya’s father dreamed of uniting the lands. But due to human greed and envy, the magic dragon stone shattered. The ruler of each country received a shard and the druuns again began to rule undividedly. A few years later, Raya and her faithful companion Tuk-Tuk are looking for the last dragon, which is the hope of the people to defeat the Druun.