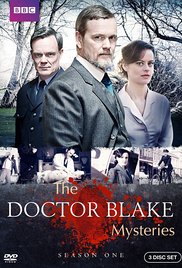 Its the year 1959 and Dr. Lucien Blake returns to the place where he grew up. Behind the peaceful façade of the small town hide abysses. Everything is different after the Second World War: Commusimus, atomic bombs and rock’n’roll threaten the world. And Blake himself has also changed – through the war, through personal losses and through experiences as a prisoner of war. He takes over the practice of his deceased father and works as a pathologist. With a very own dry and risky nature, he determines exactly where others already hold a case solved.