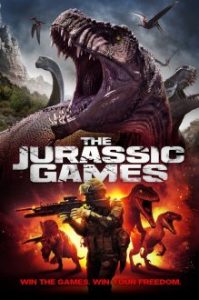 In the not too distant future, a reality show appeared, quickly gaining popularity. Every year ten prisoners are transferred to computer reality. In the movie “The Jurassic Games”, the plot is built on a virtual online game, in which the main danger is represented by dinosaurs. Participants in this game are criminals who must somehow get out of the game and where they have to go to a certain point, performing tasks.