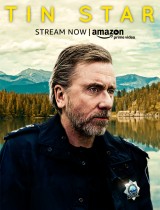 The new chief of a police department in the Canadian Rockies is excited to start his duty and moves there with his family. He hopes for a new clean start as he had a rough life as a detective and alcoholic. But things don’t go as smooth as he planned when violence sparks in the city out of nowhere. The sheriff finds out that he is dealing with a big oil company with a lot of legal and illegal cash flows. The situation gets worse when he and his family are attacked on a gas station which leads to the death of his son. Now the new chiefs one and only goal is to get revenge for his son and stop the criminals.