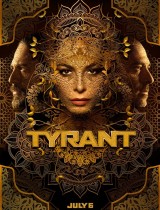 “Tyrant” narrates about the fate of Barry Al-Fayeed, the son of the Middle Eastern dictator, head of the fictional state of Baladi. Barry left his native land very early, and left in the United States. He has lived about two decades in Los Angeles where he married, and led a happy life. And once Barry together with family comes home to visit the nephew’s wedding. The father and the family met him very cold as his wife is an American, and because of a set of the conflicts between the countries of the Middle East and America there were quite hostile relations. Shortly the father of the hero perishes, and Barry has to become the head of state where, in fact, he never lived.